The COVID-19 pandemic has caused some potentially irreversible shifts in our societal expectations. We’ve been shown, abruptly and harshly, who really matters. Some of us may still be suffering from a whiplash effect – how do we reconcile our hyper-capitalistic model focused on maximising economic growth with the knowledge that the real essential workers are truck drivers and grocery store employees? The answer is one step at a time. 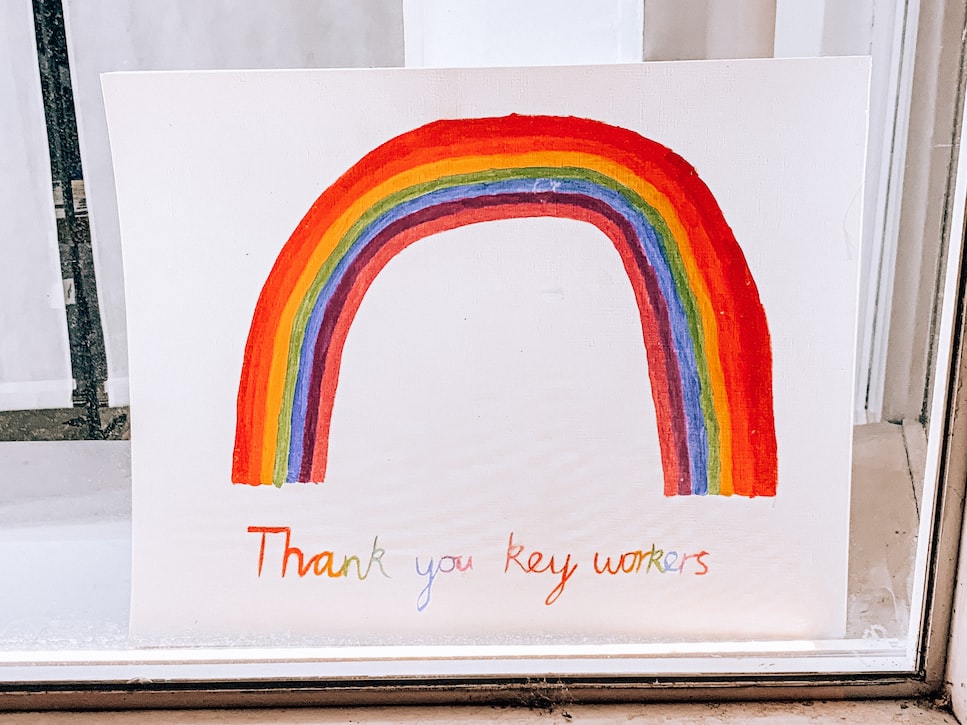 Doctors, nurses, and other medical staff are obvious targets for our gratitude. To the credit of the British public, we have always been sure to afford them a base level of respect – the NHS is the closest thing we have to a state religion. To criticise the public health system as a concept is political suicide. Recent events have dialed this up to 11 with the weekly clap for NHS workers and carers. Words such as ‘heroes’ and ‘sacrifice’ have become embedded in our collective lexicon and this is justified. Looking across the pond at the decentralised chaos of the US or at the general collapse of health systems in countries that are less wealthy than the UK, we should be grateful for our (relatively) well-resourced alternative and its ability to both brace for and absorb the peak of the virus’ first wave (regardless of political incompetence or funding cuts).

With that in mind, what actual action has been taken to reward those who risked their lives and, at times, died to save others? The cold hard truth is that there is precious little to look back at. Most thankfulness has been expressed in purely performative ways. While this is great for making us as individuals feel good about ourselves, it leaves our ‘heroes’ in the same vulnerable and underappreciated position as before. The politicians and voters of Britain need to put their money where their mouth is and commit to real and productive change. There is a diverse set of issues plaguing the NHS as an institution and those who work under it – this article will address a few and suggest how we as a country can do better.

Firstly and most urgently, the UK government has been reported to be considering a pay freeze for NHS workers as part of the plan to bring public finances back into order. When accounting for the expected above-average inflation, this would amount to a considerable pay cut in real terms. In normal times, this would be an outrage; after a pandemic, this is nothing less than a slap in the face to the people who have worked so hard and given so much to this country in such demanding times. The government should reject this idea unequivocally – in fact, we should be exploring pay rises to reflect the essential nature of their professions. 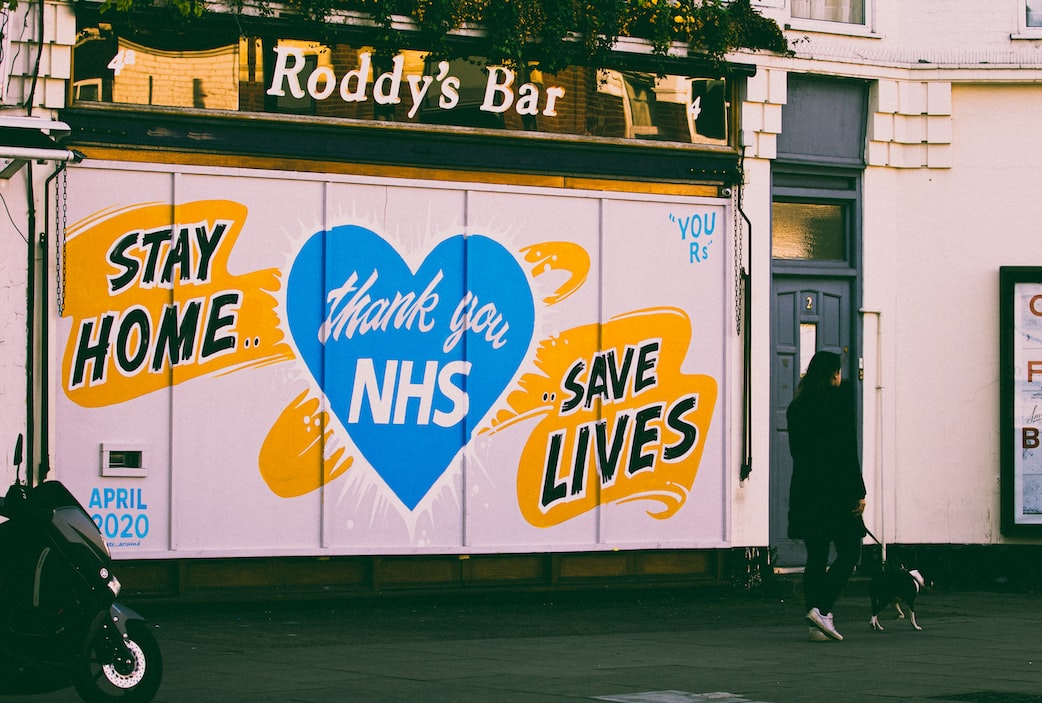 Secondly, we must undertake an in-depth review of how we treat foreign NHS workers and, as there is a large overlap between the groups, BAME (Black and Minority Ethnic) NHS workers. It was only at the peak of the pandemic within the UK that it became widely reported that minorities were more susceptible to falling ill and dying due to COVID-19. The government’s failure to identify this issue and act promptly has doubtless led to preventable deaths, but that is a discussion for another time. For now, we have the hindsight and statistics to attempt to analyse what went wrong and how to stop it from happening again. Of the 1.2 million NHS staff, approximately 153000 are foreign-born (according to House of Commons statistics). This amounts to 12.75%. The Health Service Journal’s analysis determines that approximately 53% of NHS worker deaths occurred in workers who were not born in this country. Therefore, a foreign-born worker is more than 4 times as likely to have lost their life fighting the pandemic than one that was born in the UK. The reasoning behind this stark disparity is unclear. What isn’t unclear, however, is that this problem isn’t limited to healthcare workers. Public Health England estimates that (while controlling for age, poverty, and other factors) Bangladeshis are twice as likely to die from COVID-19 than others, and Pakistanis 1.4 times as likely. Possible reasons for this include worse levels of existing health, less personal space (for example, 30% of Bangladeshis live in overcrowded homes), and a tendency to work in industries where they interact with the public. Systemic racism in the form of less opportunities has made these groups more prone to certain dangers, and we are now seeing that vulnerability take lives. It is clear, however, that there is a great deal of uncertainty about what exactly the underlying issues are. As such, there needs to be a comprehensive review into the subject (scrapping the current review as it is not fit for purpose) leading to actionable points to improve on.

On a related personal note, I have been lucky enough to be involved in a cross party campaign spearheaded by the Lib Dems to extend indefinite right to remain to foreign NHS workers.

“There is a moral principle here. If someone is prepared to risk their life for this country, they must be allowed to live in it. All foreign national NHS workers fighting for our lives during the COVID-19 pandemic are heroes. They should be awarded indefinite right to remain”

The sentiment is simple and difficult to argue against. It’s the least we could do. The Home Office’s current policy of extending visas by one year automatically is a petty and meaningless gesture – we should do better. Even in normal times, the British public overwhelmingly backs increasing skilled immigration such as NHS workers. With a policy as theoretically popular as this, it’s just a matter of getting it into mainstream discourse and the House of Commons. 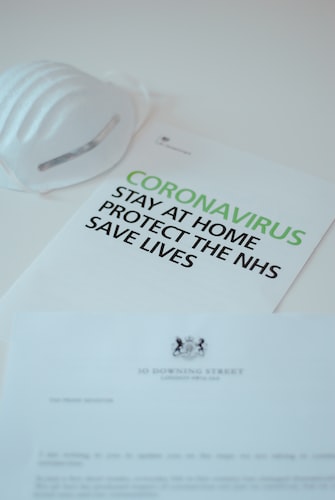 Finally, the NHS needs to be properly funded. The institution has suffered greatly under Tory austerity, and faces an uphill battle in the near future. In a normal month, there are approximately 30000 cancer diagnoses in the UK. Since lockdown was instituted and GPs closed, there have been little to no such detections. It is not that cancer has suddenly disappeared off the face of the Earth, but it’s slipped under the radar. This has grave implications for those in whom it goes undetected, and for the system that is now playing catch-up in a game with high stakes. Money spent on the NHS is invested in the social welfare of society in the most direct way. Those of us who’ve been paying attention in recent years have seen a slow slip into privatisation. Looking at the US these days, this is something we need to avoid at all costs.

This is the difficult part. Billboards on motorways and drawings of rainbows on windows are heartwarming but they don’t give the NHS what it needs. If we don’t act now, we’re in danger of this harrowing experience slipping from our collective consciousness. If we forget we will go back to the same problematic status-quo as before. We will have learned nothing.